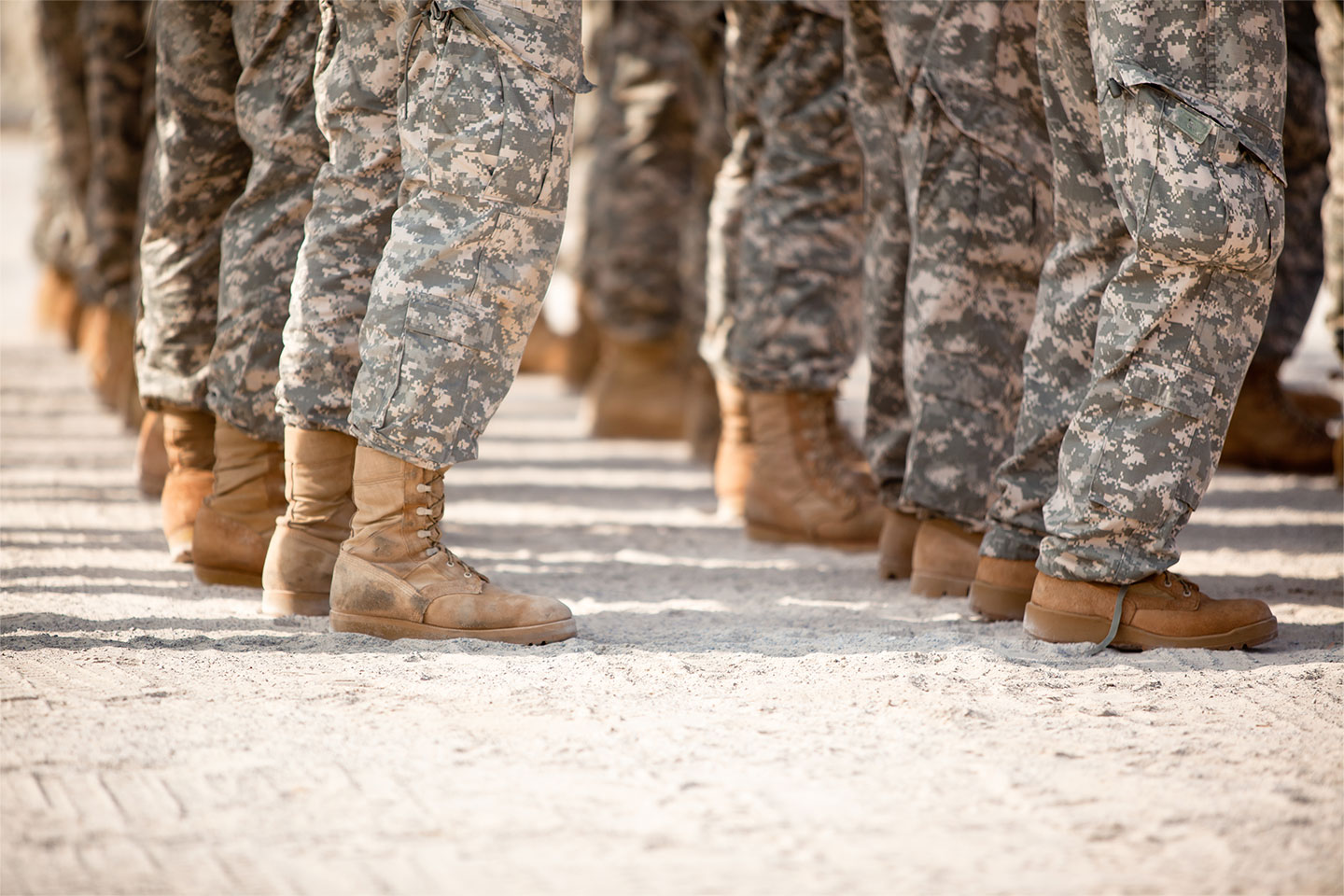 Onslow County, where The Preserve at Tidewater is located, is also home to the Marine Corps Base Camp Lejeune. A strong military theme runs through its public spaces, dining, and shopping venues. Countless Onslow County businesses offer military discounts, and the county’s largest city, Jacksonville, honors those who gave the ultimate sacrifice with its Lejeune Memorial Gardens. If your military family is relocating to Onslow County, here are a few more ways the community will support you, too.

The North Carolina for Military Employment (NC4ME) holds hiring events throughout the state year-round to help military members about to leave service and long-time veterans find meaningful employment. Job fair organizers encourage military spouses to attend as well, knowing all about the strain that frequent relocations put on career progression.

Many Onslow County businesses have initiatives in place to continually employ veterans. A local Lowe’s sends human resources staff members to military-based recruiting events to seek potential hires, and one-fourth of the store’s current personnel is made up of military personnel. The store was actually founded by an army veteran, and its military employees are identified as such on their nametags.

Smithfield Foods also focuses on employing veterans in a variety of roles at its plant in Clinton, North Carolina. Smithfield staff work with potential military hires to help them define their skillset and find an appropriate role within the company.

Many smaller companies give hiring preference to veterans, as well. Human resources and management staff want to not only support the region’s many military families, but they also want to take advantage of veterans’ soft skills like teamwork, discipline, and a strong work ethic.

Many local organizations provide support for military personnel and their families year-round, but especially around the holidays. Camp Lejeune participates in a program called Trees for Troops. The nationwide program is run by The Christmas Spirit Foundation, which partners with FedEx to distribute thousands of free Christmas trees to military locations around the United States during the holiday season.

Support Military Spouses, a Christian-based organization, also shows its support for Camp Lejeune military families around Christmastime. The group distributes care packages and organizes a gathering for spouses and children of military personnel. Support Military Spouses also holds events year-round, such as job fairs and money management workshops. At these events, families obtain support not only from the organization’s volunteers, but from each other.

If your military family is relocating to Onslow County, the community will make you feel welcome and supported. If you’re looking for beautiful off-base housing in a quiet residential area, contact The Preserve at Tidewater!

© 2022. The Preserve at Tidewater. All Rights Reserved.
Website design and hosting provided by Sage Island