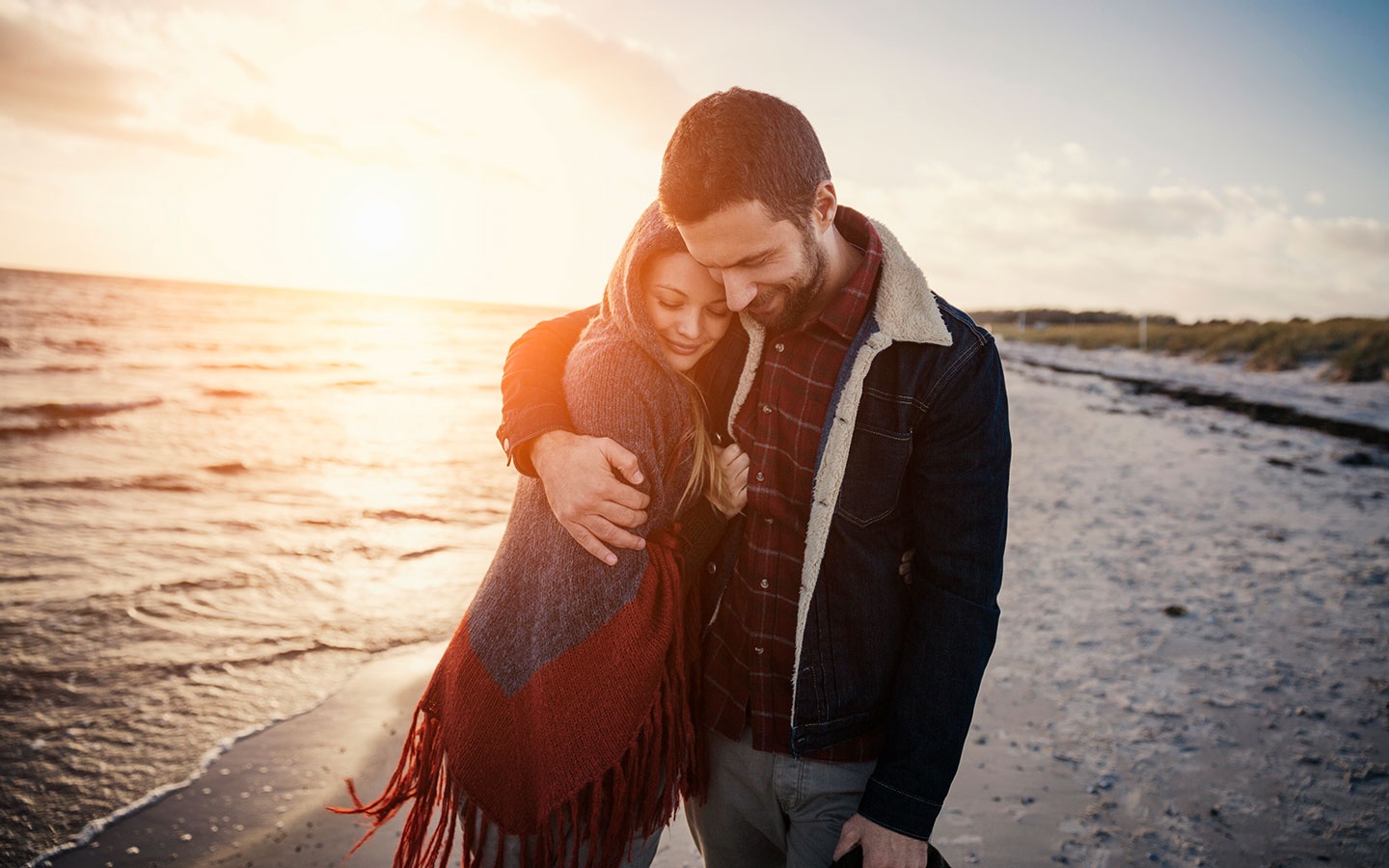 Five reasons to love the beach during winter

Talk of beach season often evokes images of swimsuit-clad families lounging under the tropical sun. And while we love those blissful beach days, we’d argue that the coastline is just as charming in the winter. Here are five reasons why:

A balmy August weekend draws visitors to the beach like ants to a picnic. While tourists are the lifeblood of many beach towns – spurring economies and allowing them to thrive – locals tend to avoid these busy times of year, finding that the stress of jockeying for space in the sand outweighs the bliss of a perfect beach day. They’d rather visit during the off-season, when winter temps keep the coast free from all but the most hardy and dedicated beachgoers. But if you’re one of those beachgoers, you’ll be treated to vast stretches of smooth, empty sand just waiting for your footprints. You can walk for miles in peaceful solitude with nothing to distract you from the smell of the crisp salty air and the steady roar of crashing waves.

The humidity’s gone, too

In the southeast, summer heat is nearly always accompanied by intense humidity. The heavy air blankets the coastline in a visible haze that’s so constant, beachgoers barely realize it’s there until it lifts in mid-October. Then, suddenly, they see the beach in a new light—the sky is bluer, the clouds are whiter, and the sunsets and sunrises are fierier.

More freedom for your fur baby

Most beaches loosen their dog rules during the winter months. Nearby Topsail Beach allows dogs year-round, but only during the off-season can they run free (as long as they’re well-behaved and responsive to voice commands—or treats!). Topsail also opens up its south end to licensed four-wheel drive vehicles during the winter, so fishermen or families can pack a picnic and park for the day.

Still plenty to do

While the beaches appear more bustling during the summer, many of the biggest beach town events are held during the off-season: an effort by town officials and business owners to inject life into the economy during the slow months. At Wrightsville Beach, for example, the annual North Carolina Holiday Flotilla brings thousands to the coast in November to view the elaborately decorated boats and epic firework display. In January, hundreds of paddleboarders and their families descend on the town for the annual Cold Stroke Classic, a highly competitive race through the Intracoastal Waterway. And there’s still plenty to do between events; kayak through the marshlands, fish off the pier, or sip on a glass of wine and enjoy the view at one of the local waterfront restaurants.

A beach town’s personality changes drastically from summer to winter. The vibrant, swarming energy brought by vacationers May through September is replaced by peace and small-town charm. Locals can, once again, walk into a diner and catch up with old friends while their favorite waiter brings them their usual order.

These off-season charms only reveal themselves to those who are lucky enough to live near the beach and visit whenever they want. If it sounds like something you’d like to experience, we’ve got a home waiting for you here at The Preserve at Tidewater, just minutes from our own stretch of coastline.

© 2023. The Preserve at Tidewater. All Rights Reserved.
Website design and hosting provided by Sage Island